The other day I gave the heave-ho to the NYC Indian restaurant for my (outside) curry fix and headed straight to Trader Joe's on Broadway for some ready to eat microwavable Indian curry packets and appetizers. 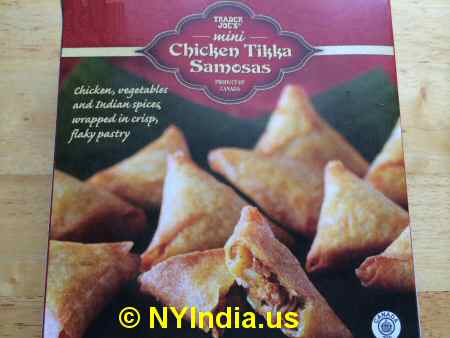 Chicken Tikka Samosa
I was pleased to note that the Samosas were neatly packed in a sealed plastic bag. 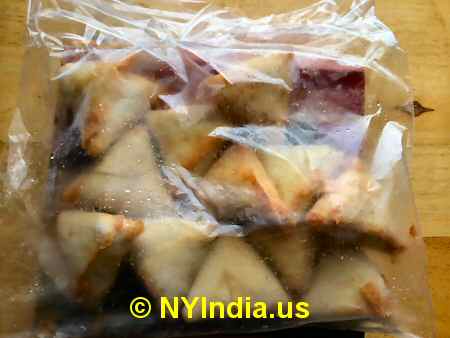 
I was a bit miffed that the outer texture of the Samosas was not as thick as it should be.

The outer texture of some Samosas were cracked exposing the inside Chicken Tikka stuffing. 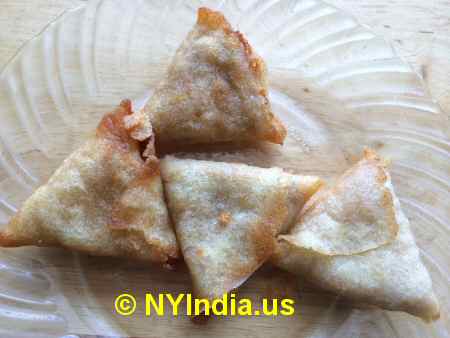 I had no complaints.

On a cold day, nothing beats a plate of Chicken Tikka Samosas and a glass of Scotch. Right? 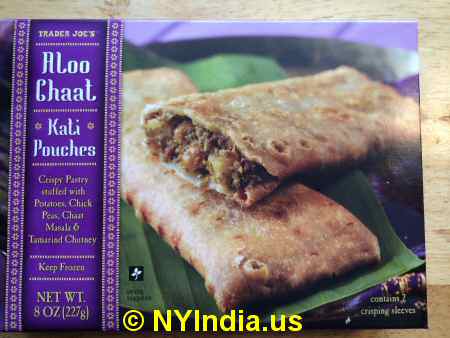 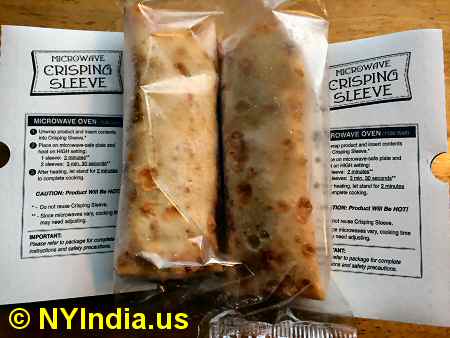 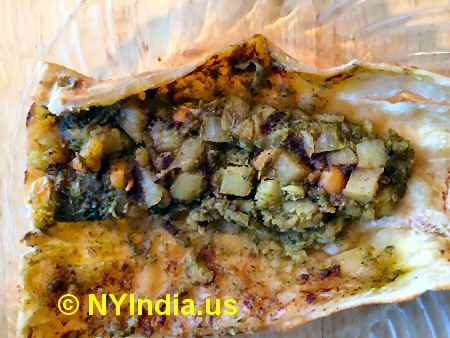 I regretted not picking up a few more Aloo Chaat Kati Pouches. 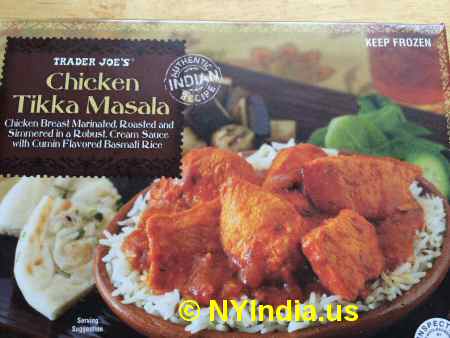 Chicken pieces were tender and had absorbed the Tikka Masala gravy well. 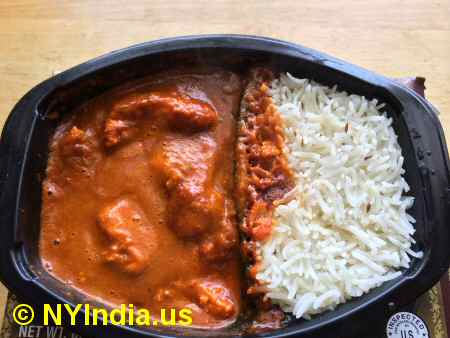 Trader Joe's peddles Palak Paneer frozen as well as a curry packet in the non-frozen section.

I picked up the frozen version since the packaging looked more attractive. 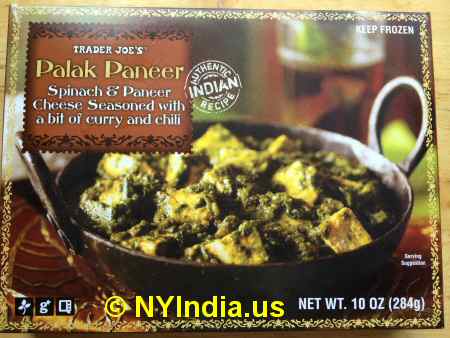 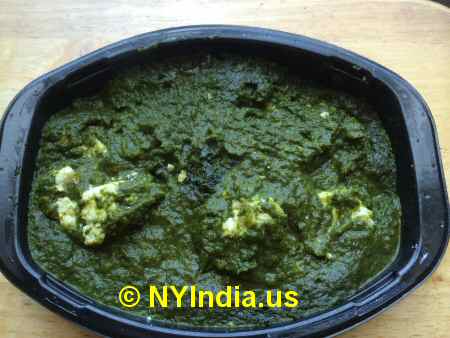 Nevertheless, it was flavorful and much relished with my Naan bread.

To go with the Chicken Tikka Masala and Palak Paneer, I picked up a packet of Garlic Naan for bread. 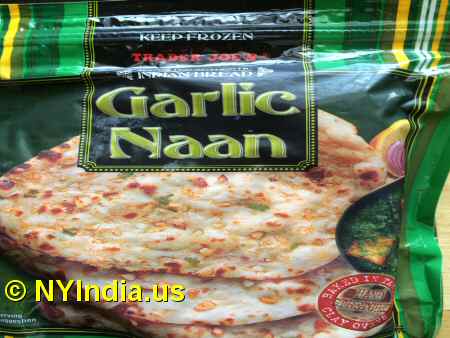 I heated it on the pan for about three minutes. 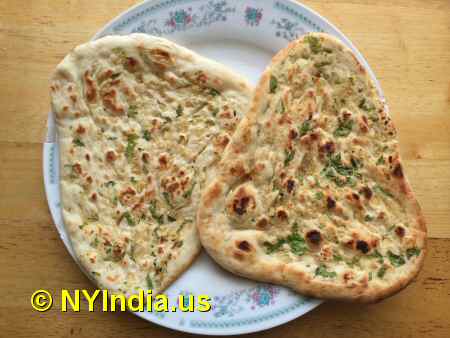 Though the Garlic flavor was on milder side, it was an excellent side for both Chicken Tikka Masala and Palak Paneer.

If you're in the mood for Indian food but in no mood for crappy Indian restaurants, I'd recommend you take a deko at the Indian curry and Naan packets at Trader Joe's.

You won't be disappointed.

For about $12, two people can have a decent Indian meal. - © NYIndia.us